Sriwijaya Air flight #SJ182 lost more than 10.000 feet of altitude in less than one minute, about 4 minutes after departure from Jakarta. 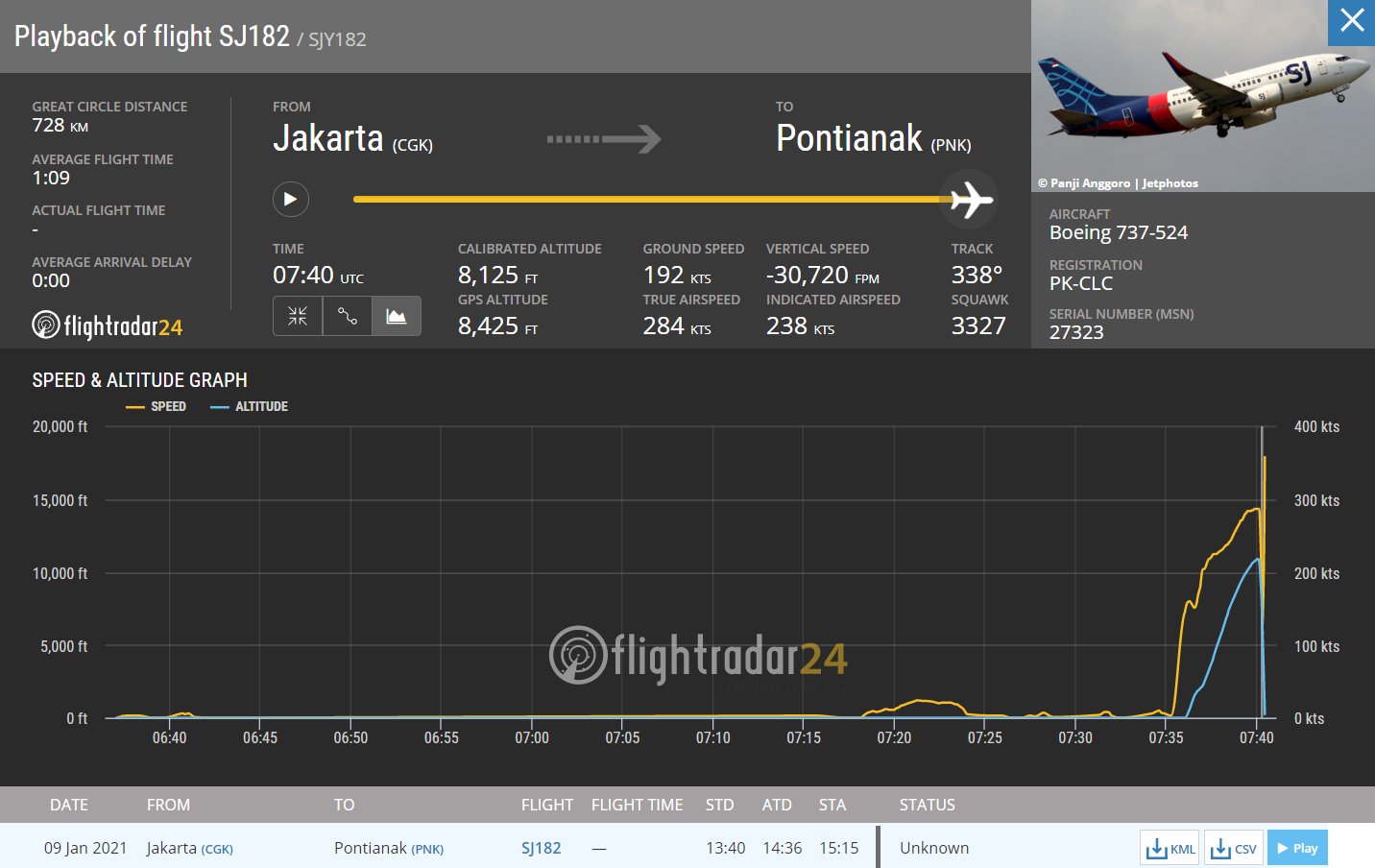 Sriwijaya Air flight #SJ182 lost more than 10.000 feet of altitude in less than one minute, about 4 minutes after departure from Jakarta.

A Sriwijaya Air plane carrying 62 people on board is feared to have crashed shortly after taking off from Jakarta, according to Indonesia's Head Of National Transportation Safety Committee, Suryanto Cahyono.

Maj. Gen Bambang Suryo Aji of Indonesia's search and rescue agency, Basarnas, told reporters on Saturday that the plane is believed to have crashed between the islands of Laki and Lancang, in the Thousand Islands chain northwest of the capital, Jakarta. Basarnas is now conducting a search operation.

The Indonesian Navy has deployed five warships and diving troops in the search, according to Rear Admiral Abdul Rasyid.

Earlier on Saturday, a high-ranking Basarnas officer told reporters their officers on the ground had found debris around Lancang Island.

The debris will be passed to the National Transportation Safety Committee to be investigated, he said, adding that is not confirmed if that debris belongs to the missing plane.

The plane dropped 10,000 feet in less than a minute before disappearing from the radar, according to the global flight tracking service Flightradar24. The drop happened about four minutes after takeoff, it said.