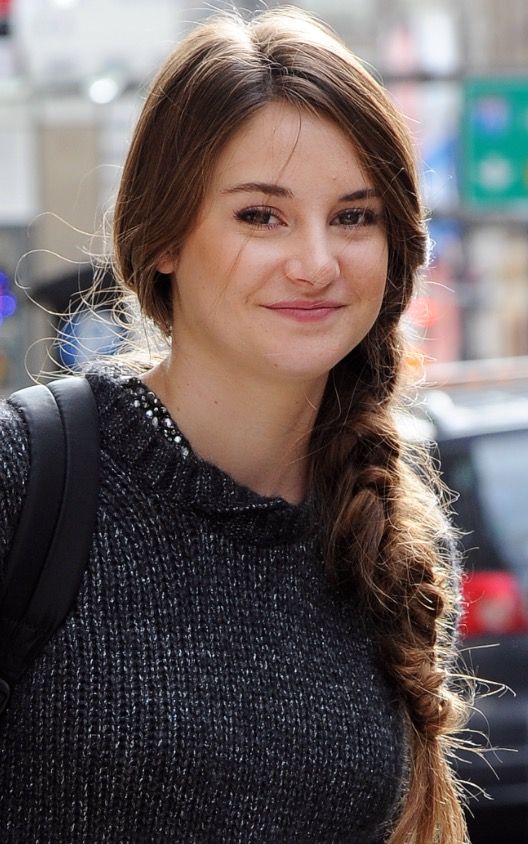 Shailene Woodley is an American actress and activist. Born in San Bernardino County, California and raised in the Simi Valley, she took acting classes with Anthony Meindl and made her screen debut in the television film Replacing Dad (1999), followed by numerous guest roles on television, including as Kaitlin Cooper on The O.C. (2003–04), and several television films. Her leading roles as California Ford in A Place Called Home (2004) and Felicity Merriman in Felicity: An American Girl Adventure (2005) both earned her Young Artist Award nominations and she gained recognition for her leading role as Amy Juergens on the ABC Family television series The Secret Life of the American Teenager (2008–13). She also played Jane Chapman in the HBO limited series Big Little Lies for which she was nominated for a Primetime Emmy Award for Outstanding Supporting Actress in a Limited Series. Woodley's breakthrough came through her performances in a number of recognized films such as The Descendants (2011), for which she was nominated for the Golden Globe Award for Best Supporting Actress – Motion Picture and won the Independent Spirit Award for Best Supporting Female and was awarded the Cannes Trophée Chopard, The Spectacular Now (2013), for which she won the Sundance Film Festival Special Jury Prize for Dramatic Acting. In 2014, Woodley earned both popular and critical praise by her role of Hazel Grace on The Fault in Our Stars (2014). Her portrayal of Beatrice "Tris" Prior in The Divergent Series (2014–16) brought her international recognition. In addition, she portrayed Edward Snowden's girlfriend Lindsay Mills in Snowden (2016) and received critical acclaim for her performance as a single mother on the HBO miniseries Big Little Lies (2017), for which she was nominated for the Primetime Emmy Award for Outstanding Supporting Actress in a Miniseries or a Movie.

The Divergent Series: Ascendant (2017) aka "Allegiant - Part 2" stars as Beatrice 'Tris' Prior

The Divergent Series: Allegiant (2016) aka "Allegiant - Part 1" stars as Beatrice 'Tris' Prior

Snowden (2016) aka "The Snowden Files" stars as Lindsay Mills

The Divergent Series: Insurgent (2015) aka "Insurgent" stars as Beatrice 'Tris' Prior

The Fault in Our Stars (2014) stars as Hazel Grace Lancaster

Divergent (2014) stars as Beatrice 'Tris' Prior

The Descendants (2011) stars as Alexandra King