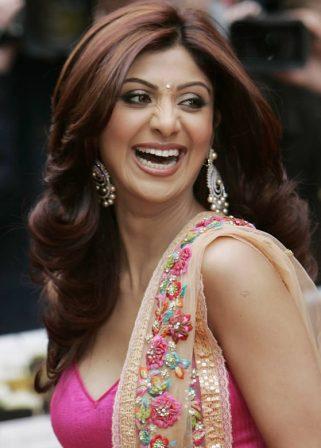 Shilpa Kundra also known by her married name Shilpa Kundra, is an Indian film actress, businesswoman, producer, former model, and the winner of the British reality television series Celebrity Big Brother 5. Primarily known for her work in Hindi films, she has also appeared in Telugu, Tamil and Kannada language films. One of India's most popular and high-profile celebrities, Shetty is the recipient of numerous accolades, including four Filmfare Award nominations. As a teenager, Shetty did a few modelling assignments and appeared in several television commercials. She later made her acting debut in the 1993 thriller Baazigar that earned her nominations for the Filmfare Awards for Best Supporting Actress and Lux New Face of the Year. She subsequently earned wide recognition with dual roles in the 1994 action comedy Main Khiladi Tu Anari. After this initial success in her career, Shetty's films fared poorly at the box office for the next five years and garnered her negative reviews. The 2000 box office hit Dhadkan marked a turning point in her career, earning her praise and Best Actress nominations at several award ceremonies. Shetty rose to prominence by featuring as the female lead in three of India's annually top-grossing productions—the 2004 cop drama Garv, the 2005 Kannada film Auto Shankar and the 2007 family drama Apne—and received praise for her performances in the dramas Pardesi Babu (1998), Rishtey (2002) and Life in a... Metro (2007). Her acclaimed portrayal of an AIDS patient in the 2004 drama Phir Milenge garnered her several accolades, including a nomination for the Filmfare Award for Best Actress. Shetty became a global figure after winning the 2007 British reality television series Celebrity Big Brother 5, with 63% of the final vote, following an international racism controversy. In addition to acting in films, Shetty is a prominent celebrity endorser for brands and products, and is vocal about the issues, such as feminism and animal rights. She has featured as a celebrity host for the 2008 reality show Bigg Boss 2, and has served as a talent judge for the reality shows Jhalak Dikhhla Jaa and Nach Baliye. Since February 2009, Shetty is the co-owner of the Indian Premier League cricket team Rajasthan Royals. She turned into a film producer with the 2014 action film Dishkiyaaoon. Following a high-profile relationship with actor Akshay Kumar, Shetty married businessman Raj Kundra in 2009, with whom she has a son. She was the judge of the TV dance reality show Super Dancer on Sohan Shetty Entertainment channel.