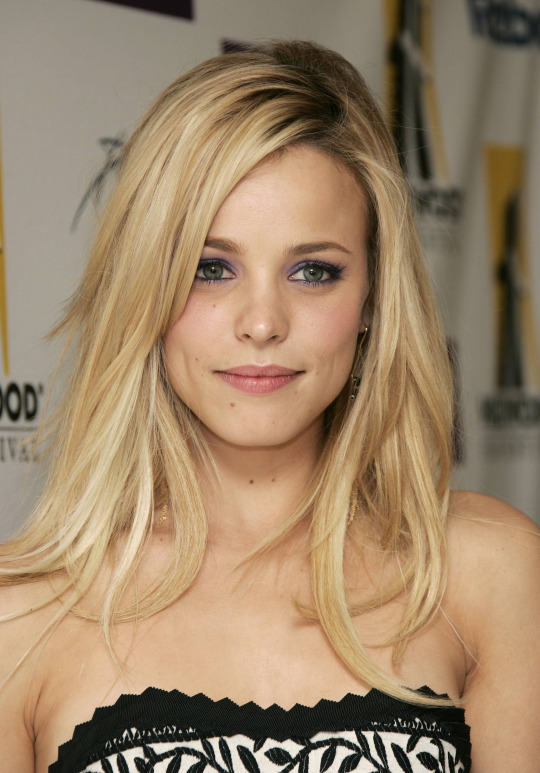 Rachel Mcadams is a Canadian actress. After graduating from a four-year theatre program at York University in 2001, she initially worked in Canadian television and film productions such as the drama film Perfect Pie (2002) (for which she received a Genie Award nomination), the comedy film My Name Is Tanino (2002), and the comedy series Slings and Arrows (for which she won a Gemini Award). In 2002, she made her Hollywood film debut in the comedy The Hot Chick. McAdams rose to fame in 2004 with roles in the comedy Mean Girls and the romantic drama The Notebook. In 2005, she starred in the romantic comedy Wedding Crashers, the psychological thriller Red Eye, and the comedy-drama The Family Stone. She was hailed by the media as Hollywood's new "it girl",[1][2] and received a BAFTA nomination for Best Rising Star. After a two-year break, McAdams starred in two limited release films in 2008; the film noir Married Life and the road trip drama The Lucky Ones. She returned to prominence in 2009 by appearing in the political-thriller State of Play, the science-fiction romantic drama The Time Traveler's Wife and the mystery action-adventure film Sherlock Holmes. In 2010, McAdams appeared in her first star vehicle, the comedy Morning Glory. In 2015, her highest profile roles were in the second season of the HBO crime drama True Detective, and as journalist Sacha Pfeiffer in the drama Spotlight. For her performance in Spotlight, she was nominated for the Academy Award for Best Supporting Actress. In 2016, she starred as Christine Palmer in the Marvel Cinematic Universe superhero film Doctor Strange.

A Most Wanted Man (2014) stars as Annabel Richter

Sherlock Holmes: A Game of Shadows (2011) stars as Irene Adler

The Lucky Ones (2008) aka The Return stars as Colee Dunn

My Name Is Tanino (2002) stars as Sally Garfield